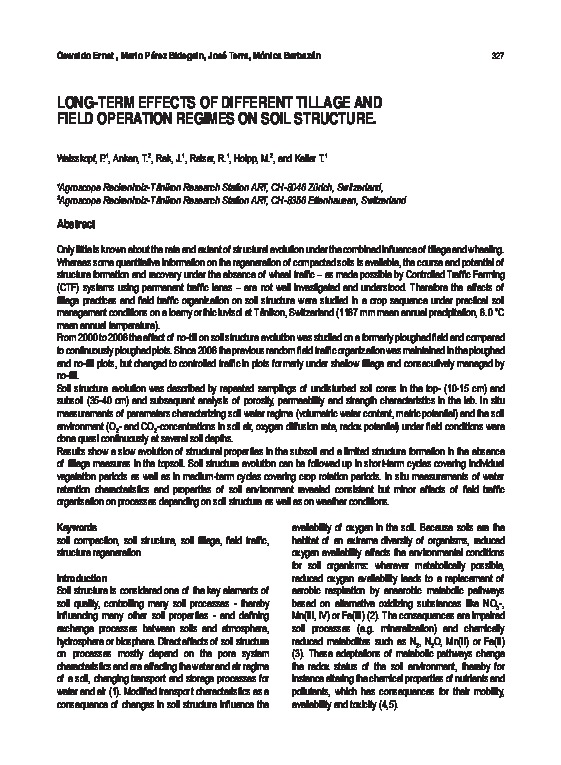 Only little is known about the rate and extent of structural evolution under the combined infl uence of tillage and wheeling. Whereas some quantitative information on the regeneration of compacted soils is available, the course and potential of structure formation and recovery under the absence of wheel traffic – as made possible by Controlled Traffic Farming (CTF) systems using permanent traffic lanes – are not well investigated and understood. Therefore the effects of tillage practices and field traffic organization on soil structure were studied in a crop sequence under practical soil management conditions on a loamy orthic luvisol at Tänikon, Switzerland (1187 mm mean annual precipitation, 8.0 °C mean annual temperature). From 2000 to 2008 the effect of no-till on soil structure evolution was studied on a formerly ploughed field and compared to continuously ploughed plots. Since 2008 the previous random field traffic organization was maintained in the ploughed and no-till plots, but changed to controlled traffic in plots formerly under shallow tillage and consecutively managed by no-till. Soil structure evolution was described by repeated samplings of undisturbed soil cores in the top- (10-15 cm) and subsoil (35-40 cm) and subsequent analysis of porosity, permeability and strength characteristics in the lab. In situ measurements of parameters characterizing soil water regime (volumetric water content, matric potential) and the soil environment (O2- and CO2-concentrations in soil air, oxygen diffusion rate, redox potential) under fi eld conditions were done quasi continuously at several soil depths. Results show a slow evolution of structural properties in the subsoil and a limited structure formation in the  absence of tillage measures in the topsoil. Soil structure evolution can be followed up in short-term cycles covering individual vegetation periods as well as in medium-term cycles covering crop rotation periods. In situ measurements of wáter retention characteristics and properties of soil environment revealed consistent but minor effects of field traffic organisation on processes depending on soil structure as well as on weather conditions.Berisso, 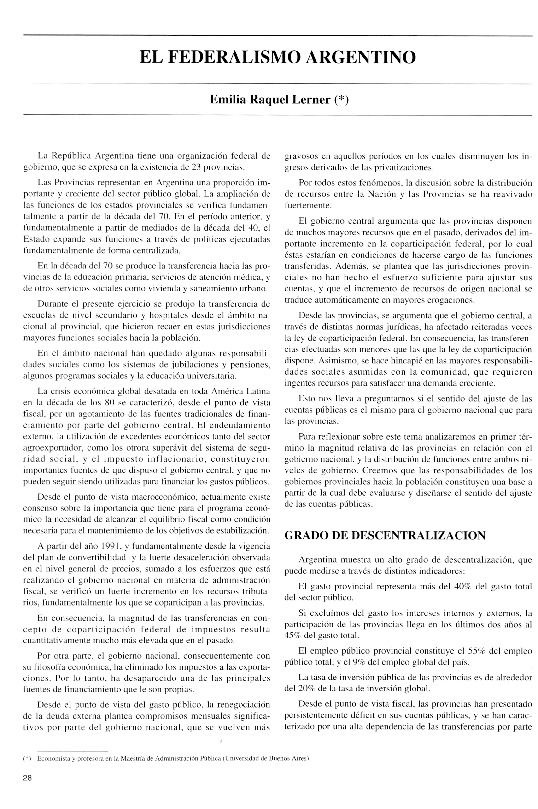 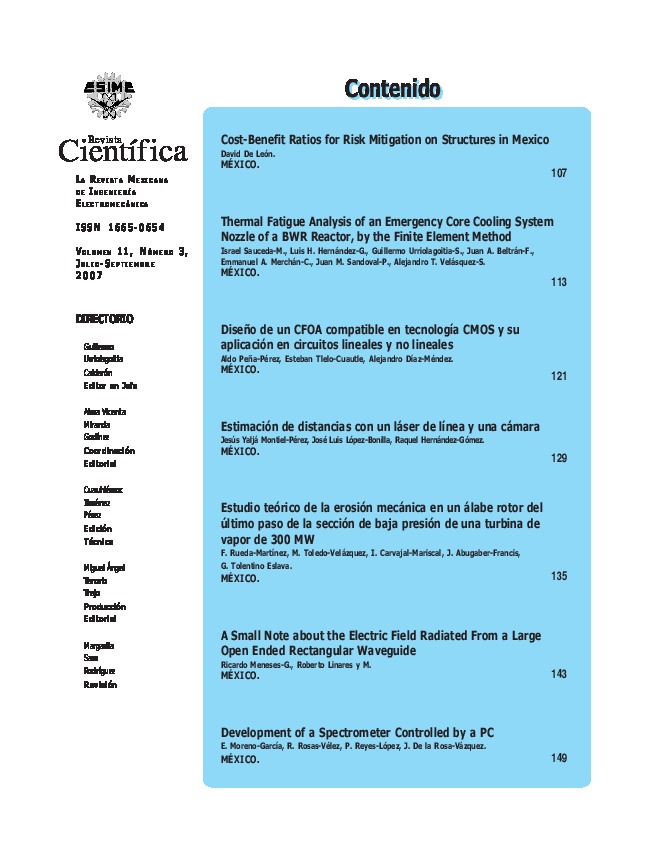 Cost-Benefit Ratios for Risk Mitigation on Structures in Mexico 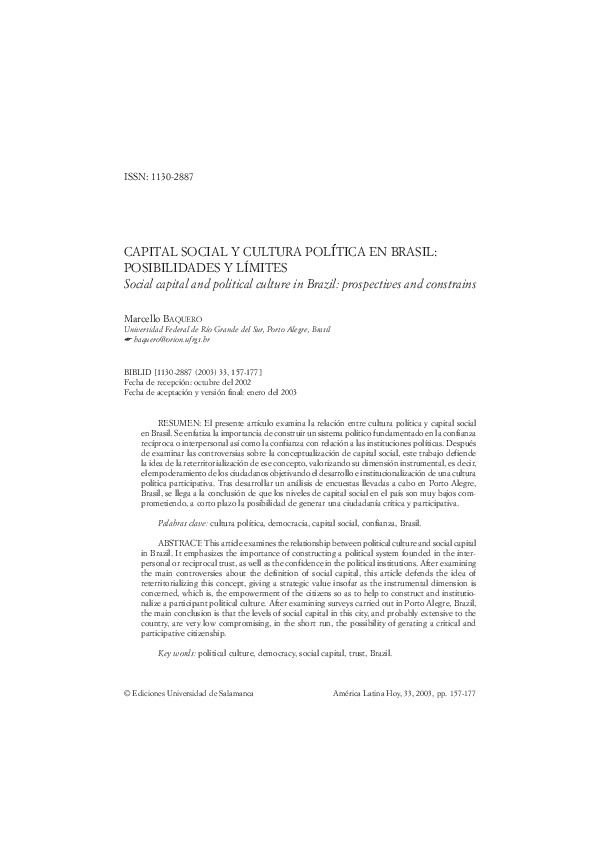 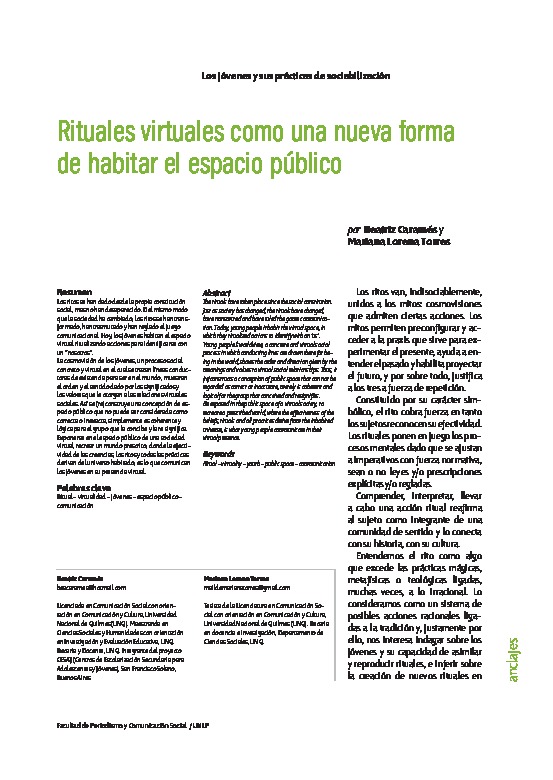