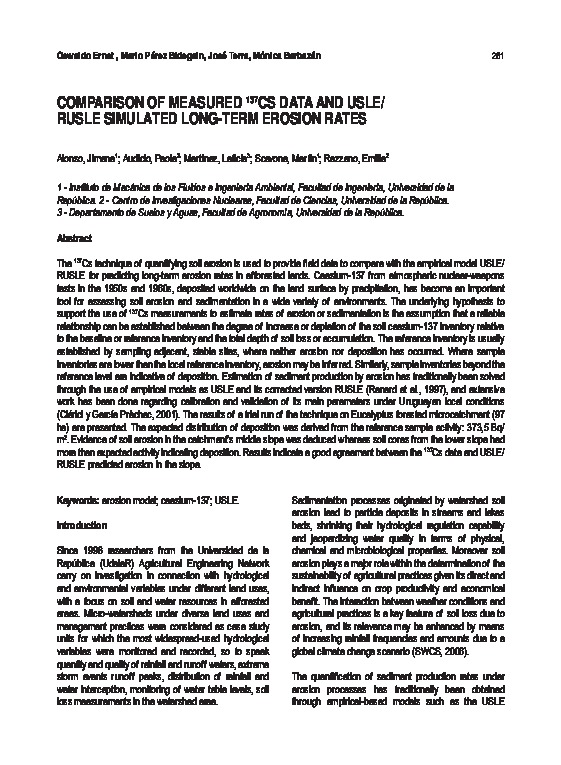 The 137Cs technique of quantifying soil erosion is used to provide field data to compare with the empirical model USLE/RUSLE for predicting long-term erosion rates in afforested lands. Caesium-137 from atmospheric nuclear-weapons tests in the 1950s and 1960s, deposited worldwide on the land surface by precipitation, has become an important tool for assessing soil erosion and sedimentation in a wide variety of environments. The underlying hypothesis to support the use of 137Cs measurements to estimate rates of erosion or sedimentation is the assumption that a reliable relationship can be established between the degree of increase or depletion of the soil caesium-137 inventory relative to the baseline or reference inventory and the total depth of soil loss or accumulation. The reference inventory is usually established by sampling adjacent, stable sites, where neither erosion nor deposition has occurred. Where sample inventories are lower than the local reference inventory, erosion may be inferred. Similarly, sample inventories beyond the reference level are indicative of deposition. Estimation of sediment production by erosion has traditionally been solved through the use of empirical models as USLE and its corrected version RUSLE (Renard et al., 1997), and extensive work has been done regarding calibration and validation of its main parameters under Uruguayan local conditions (Clérici y García Prèchac, 2001). The results of a trial run of the technique on Eucalyptus forested microcatchment (97 ha) are presented. The expected distribution of deposition was derived from the reference sample activity: 373,5 Bq/m2. Evidence of soil erosion in the catchment’s middle slope was deduced whereas soil cores from the lower slope had more than expected activity indicating deposition. Results indicate a good agreement between the 137Cs data and USLE/ RUSLE predicted erosion in the slope. 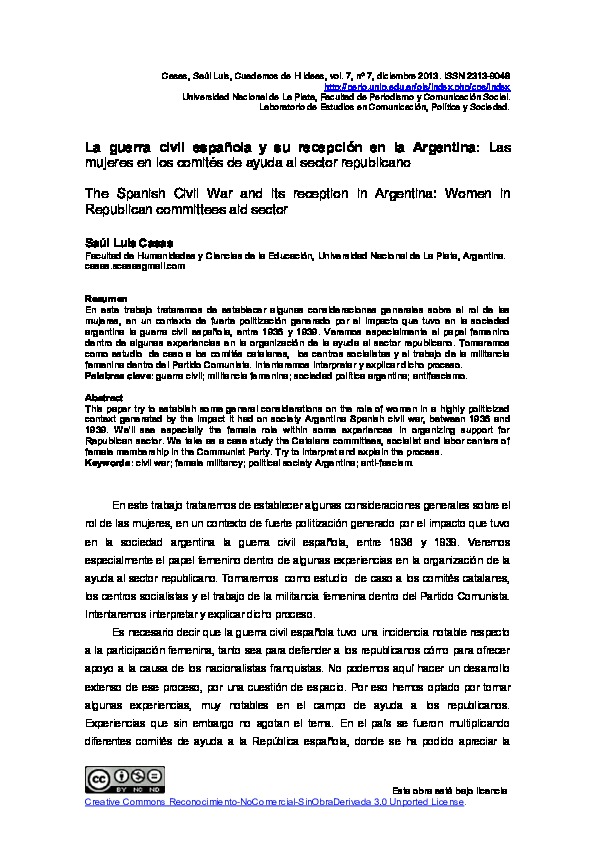 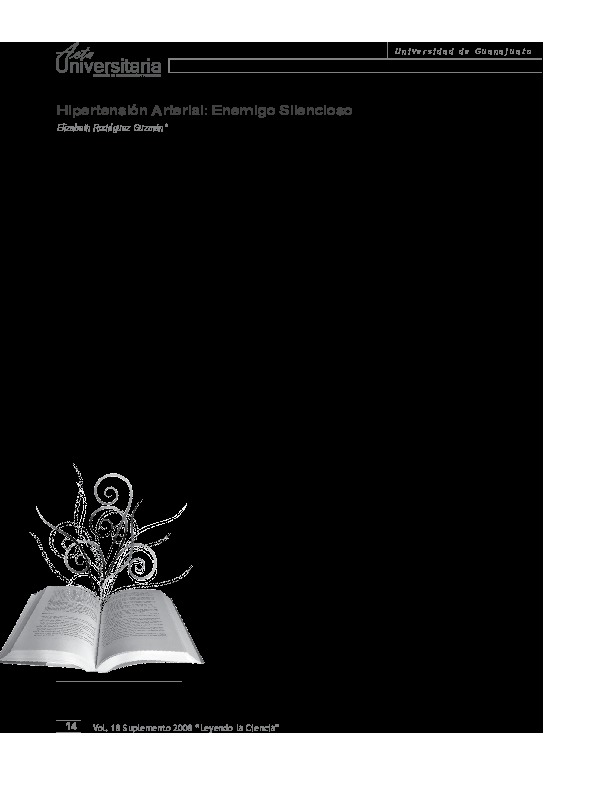 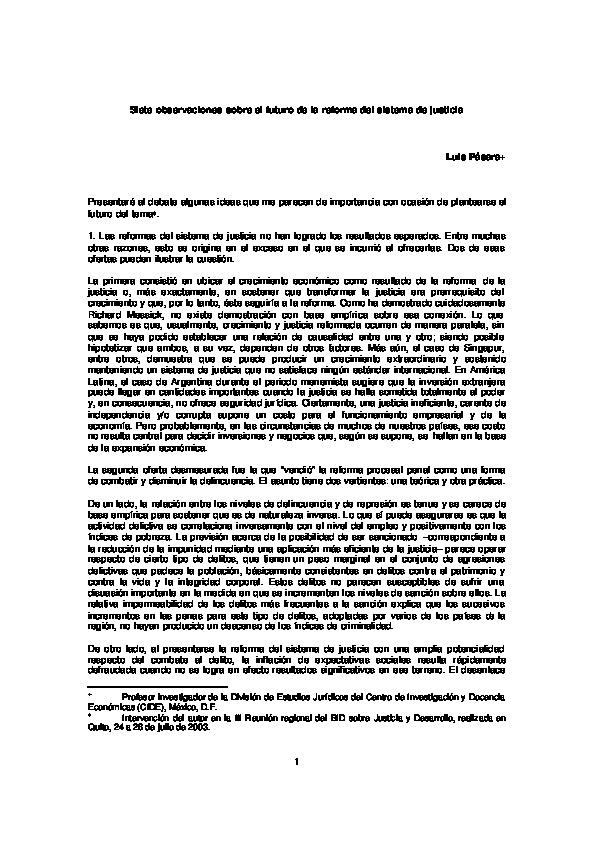 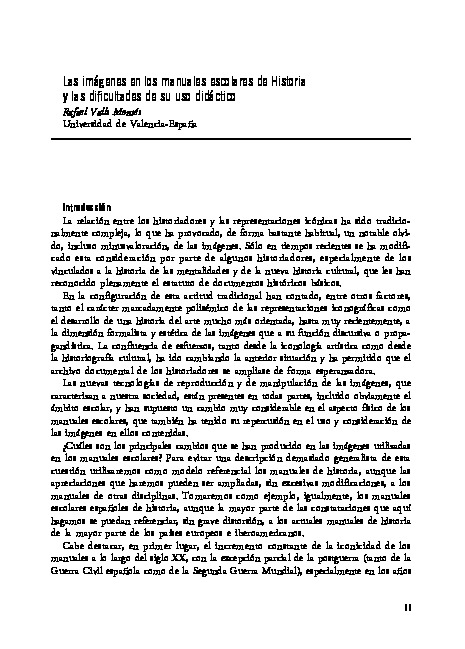